Poor quality starts at the base

A high-definition TV, or HDTV for short, is now compelling enough to buy in Brazil. At least two Brazilian TV companies, SBT and Globo, broadcast free over-the-air HDTV content. I decided to get myself a 32 inch 720p HDTV set with an LCD screen.

The HDTV I bought is capable of down-scaling 1080i and 1080p transmissions, this leads to some stupendous pictures from the 1366x768 pixel screen. The only other reason to buy this particular HDTV, besides the ten percent discount at Walmart Brazil because my wife works for them, was the energy star rating. This usually only means that it has a low power consumption at standby, but this HDTV also has energy efficient modes where the brightness is adjusted to lower levels, saving me some electricity.

It has a good design, the pictures are sharp, and I have found the picture quality of HDTV content from over-the-air broadcasts really nice. If you have seen the Brazilian Novela of Eight, called so because it transmits between eight and nine in the evenings, you’ll know what I mean. I am not a big fan of Novelas, maybe good picture quality could be incentive enough to become one. 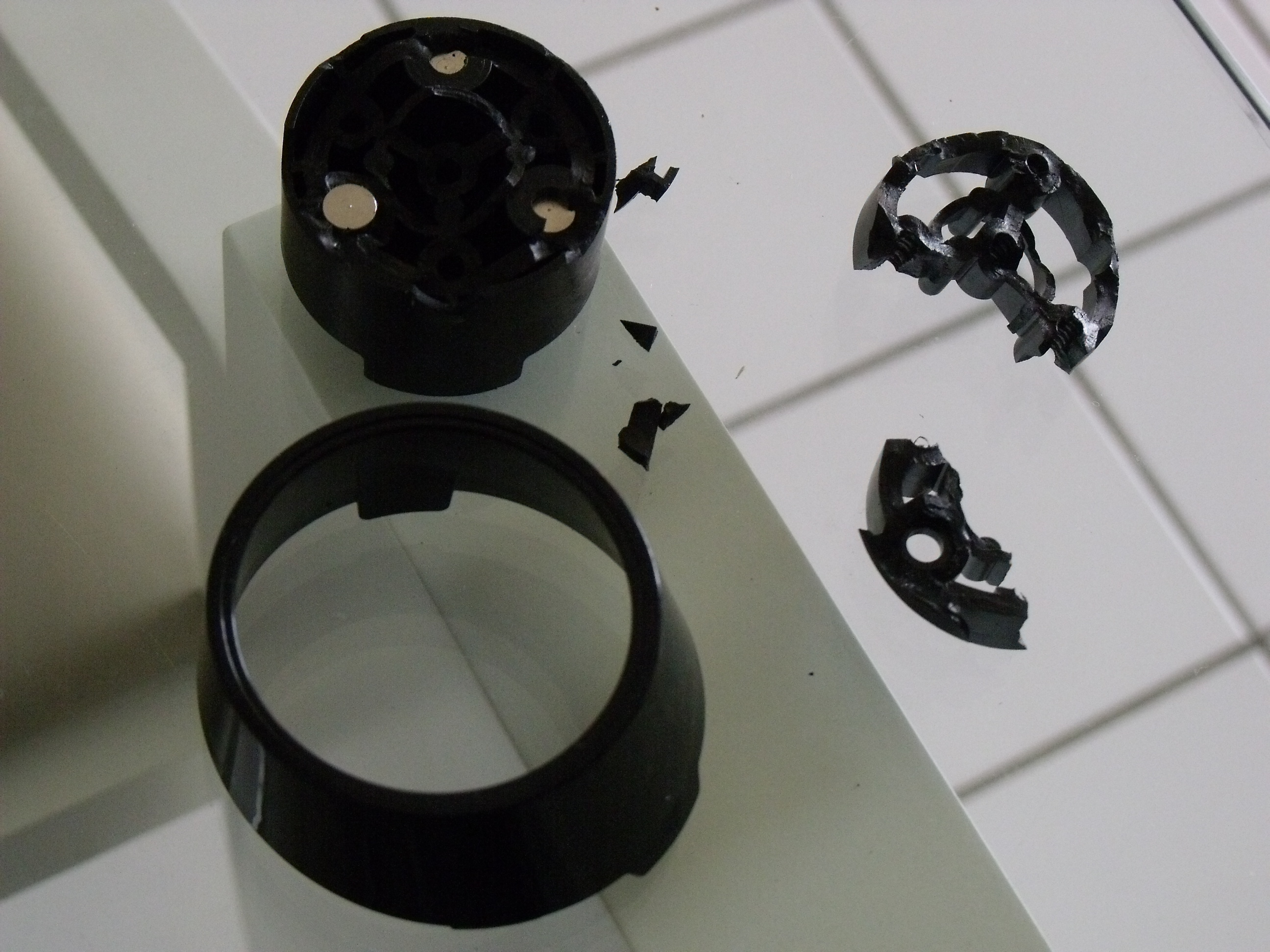 So far so good. Then, in the first week of March I got home to find a really frightful scene. The TV was bent forward, almost falling off its base. If it was not for a 2 inch plastic ring attached to the base, it would have fallen and caused a major accident. Upon investigation, I came across a cylindrical plastic component, that attaches the base to the HDTV, to be the cause of the problem. It is made of bad quality plastic, it cracked and the screws that drive into it came off.

An LCD HDTV is a pretty hefty investment. For something like this to happen just two months into your first HDTV experience is a bit of a let down. Life goes on. I invested in a wall fixture to hang the HDTV. The HDTV weighs about fifteen kilograms. It shakes quite a bit when touched, but at least it is secure.