Perception of innovation in Windows 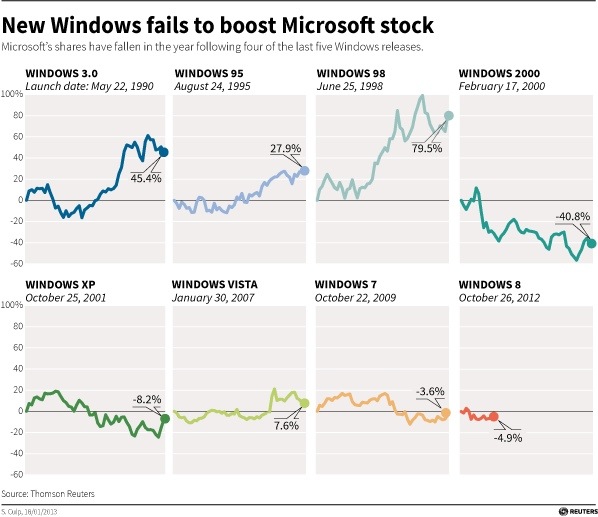 It shows clearly when public perception of innovation from Microsoft ended. Windows 2000 and its followers, although technically vastly superior, didn’t bring anything new to the users. Changes in Windows UI since Windows 98 have received a very apt nomenclature - eye candy. It could be that Microsoft did a bad job of communicating with the users. Microsoft has not fared badly though - improvement in robustness of Windows has attracted enterprise use. Now, that may not be enough. Enterprises will be forced to upgrade to Windows 7 when they are happy enough with XP.