I have need to change the USB descriptors of an Arduino Uno R3 acting as a peripheral to another device. This post describes how I built a USB Serial firmware for the ATmega16U2 on an Arduino Uno R3, using Atmel Studio 7 and its LUFA Library extension. It can be flashed using the built-in DFU firmware and Atmel’s FLIP tool.

Source files that perform the actual USB/serial proxying are derived from USB to Serial Converter example project for the at90usb1287 (File -> New -> Example Project…). I suggest creating a project based on that example and copying the files over. I have also borrowed code from the official source code at GitHub to enable additional functionality such as allowing a sketch to be uploaded from the Arduino IDE. 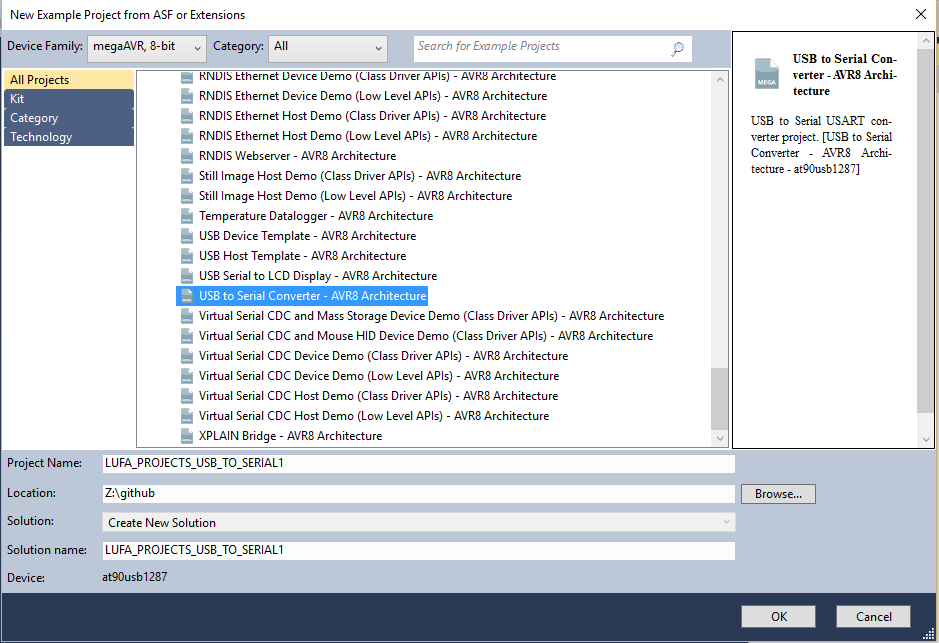 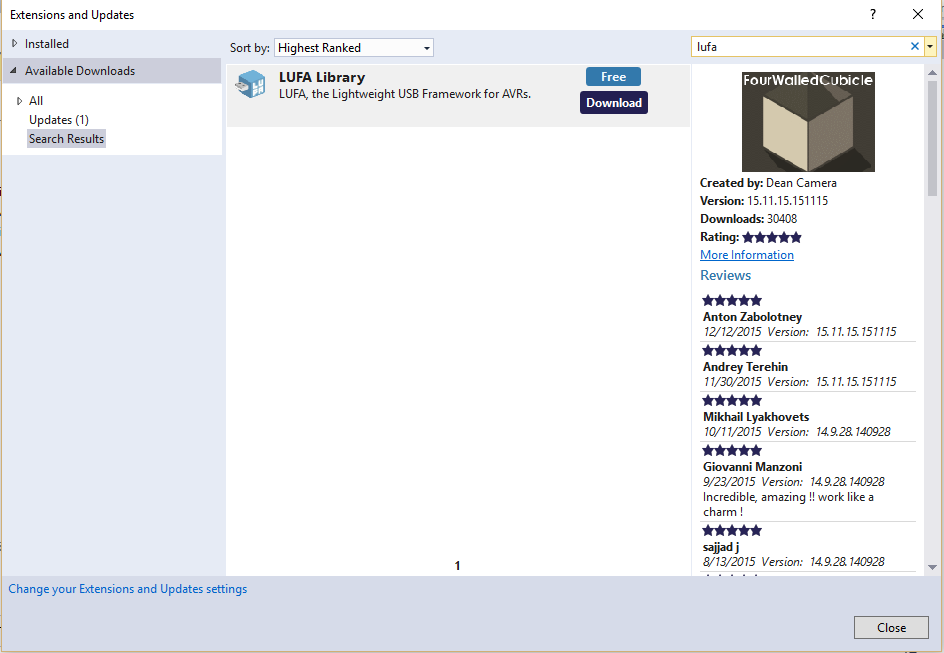 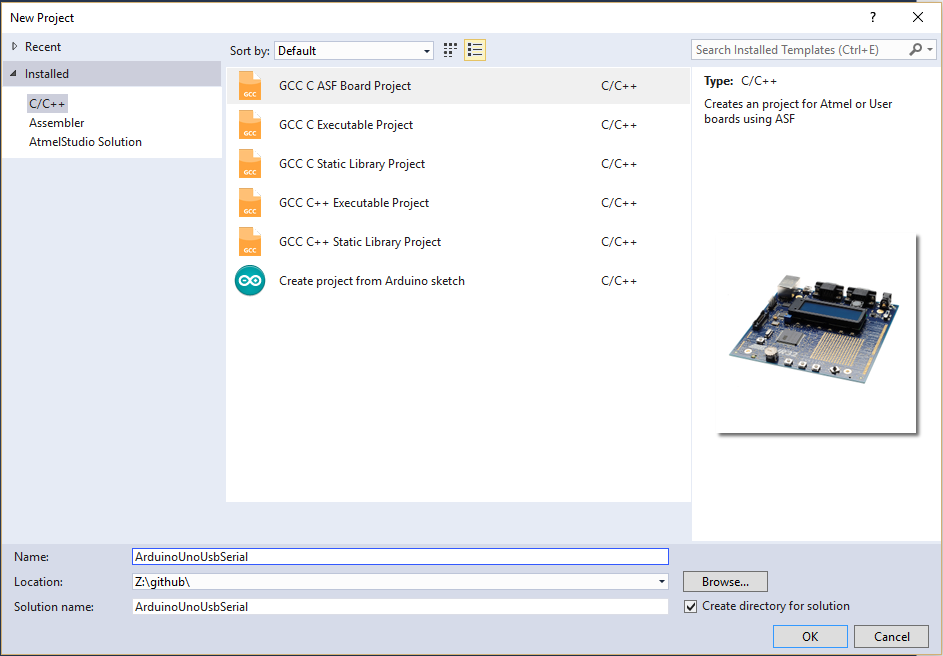 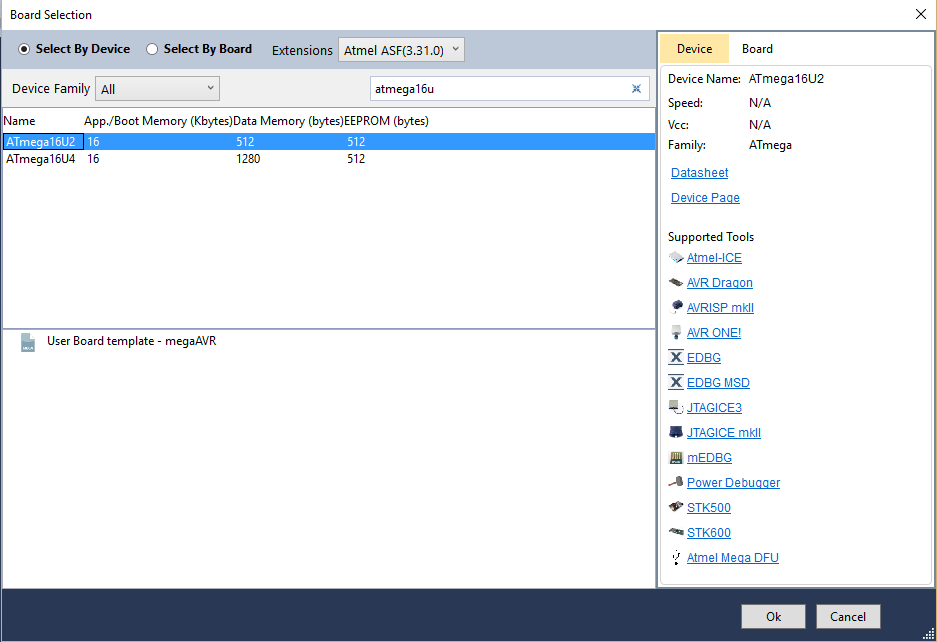 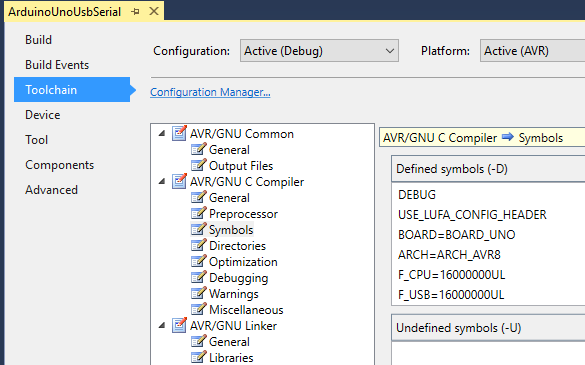 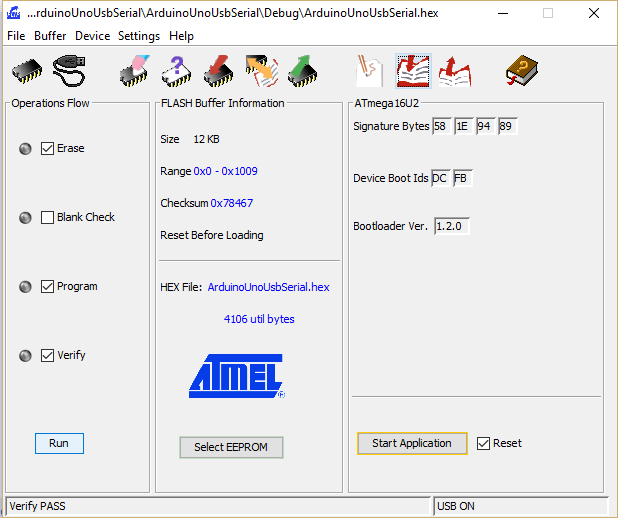