I’ve been troubleshooting iBeacons lately, and Bluetooth LE Sniffer from Adafruit is my go-to tool for sniffing Bluetooth LE (BLE) traffic such as iBeacon advertisements. iBeacon detection can vary a lot depending on advertisement interval and timing, signal strength and its variance with distance, line of sight—or lack thereof, and interference with other iBeacons.

nRF Sniffer software captures all BLE traffic in libpcap format that can be viewed in Wireshark 2.4. If you’re using an older version of Wireshark, I have ported the native dissector to Lua that should work starting from Wireshark 1.12. 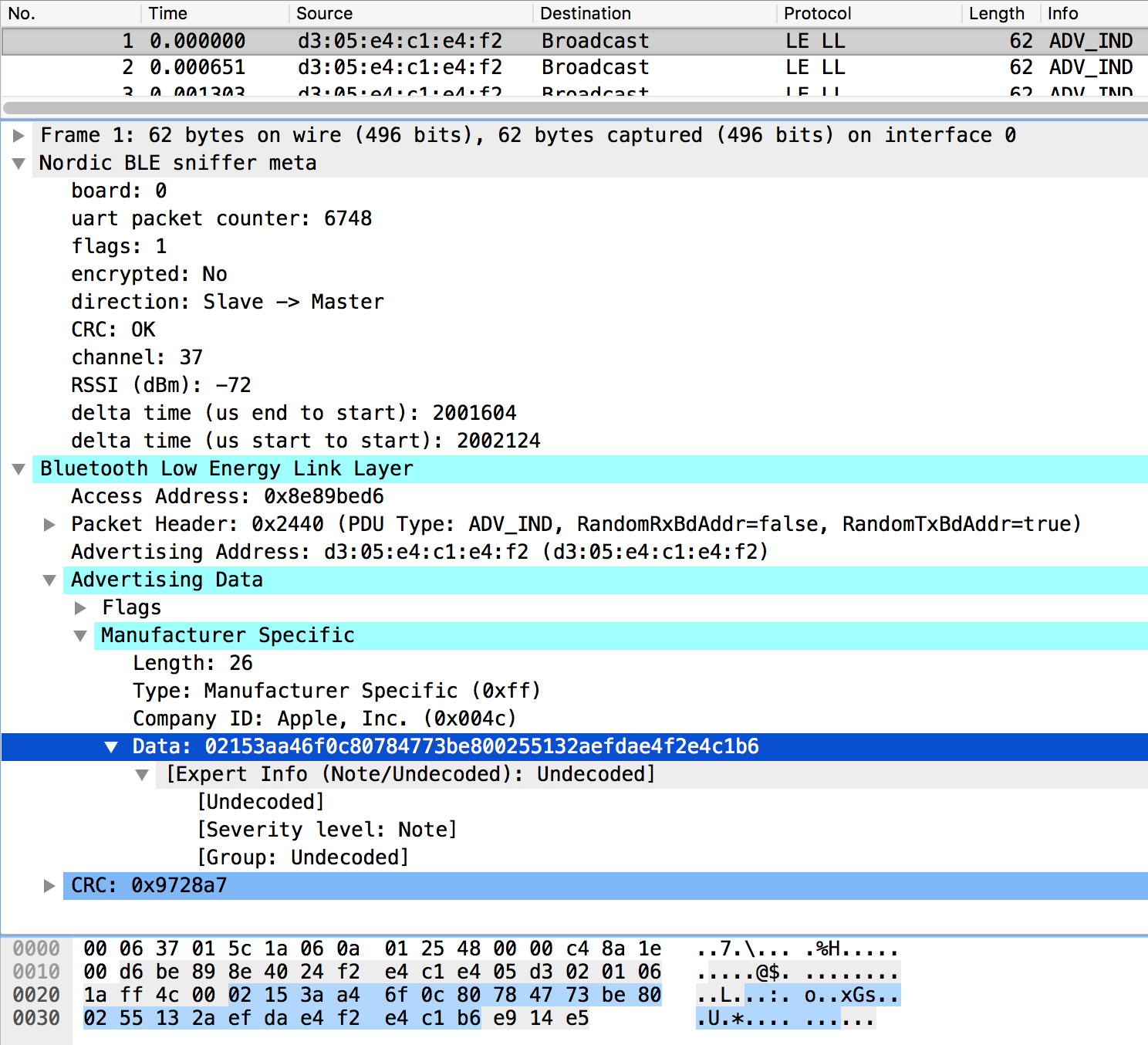 Using data from the packet shown above, iBeacon’s proprietary payload has the following format

A filter such as btcommon.eir_ad.entry.data contains e4:f2:e4:c1 can be used to filter packets based on major and minor numbers.