As an avid iOS user I have been keen on using HomeKit. That’s when I read about a new - and currently free - HomeKit app in the iOS App Store called Hesperus. I don’t have a HomeKit compatible thing at home, but a quick internet search revealed that I could run a HomeKit compatible service called homebridge on a Raspberry Pi. This post only goes so far as configuring a fictitious light bulb plugin that can be controlled remotely.

I decided to download a headless (console-only) version of Raspbian called RASPBIAN JESSIE LITE. Instructions for setting up an SD card appropriately can be found here. I use Win32 Disk Imager on Windows to write images.

I didn’t want to use an HDMI display with the Raspberry Pi, and wanted to power it using my laptop. I have used a USB to serial adapter to do that in the past. This time, I went with the USB Serial TTL cable from Adafruit, as described in this lesson. That done, I was able to power up and login to the Raspberry Pi using a serial terminal. I tend to use screen on Linux or Mac OS X

RASPBIAN JESSIE LITE lacks a full-fledged user interface, making Wi-Fi configuration slightly painful. I am using a Wi-Fi stick and had some issues getting the driver to work. Hopefully, you’ve got a Raspberry Pi 3, or a compatible Wi-Fi stick that does not require too much tinkering. You can also use Ethernet. The following can be used to check whether your network interface can be listed

Look for an interface called wlan0 if using Wi-Fi, or eth0 if using ethernet.

Copy the contents of your_SSID.conf and paste them into /etc/wpa_supplicant/wpa_supplicant.conf using any text editor. I used vi thus

Having done that, Wi-Fi was up and running. I had internet access, and could access the Raspberry Pi on the local network via ssh.

A few additional Linux packages and configuration steps are required before homebridge may be installed. Packages can be installed thus

The version of Node.js installed by apt-get is rather dated, and will not work with homebridge. To update node, use the following commands

To do anything interesting with homebridge you’ll require a plugin, and have it configured in ~/.homebridge/config.json. One simple plugin called homebridge-fakebulb can be installed thus

Its sample configuration file can be used to create the config.json file mentioned above. This is what my config.json looks like

Apple’s HomeKit has been app-less since launch. Siri is the only way you were able to control HomeKit devices. HomeKit has a rich API and it didn’t take long for paid apps to appear in the App Store. Hesperus is a new free app that I opted to use to control homebridge.

Here’s Hesperus with the Homebridge peripheral paired and working, showing the Test lamp device’s status. I can control the Test lamp (turn it on/off) anywhere I have an internet connection because I have an Apple TV (generation 4 - but 3 should also work) at home. Apple TV needs to be signed into the same iCould account as the iOS device paired with the Homebridge peripheral. 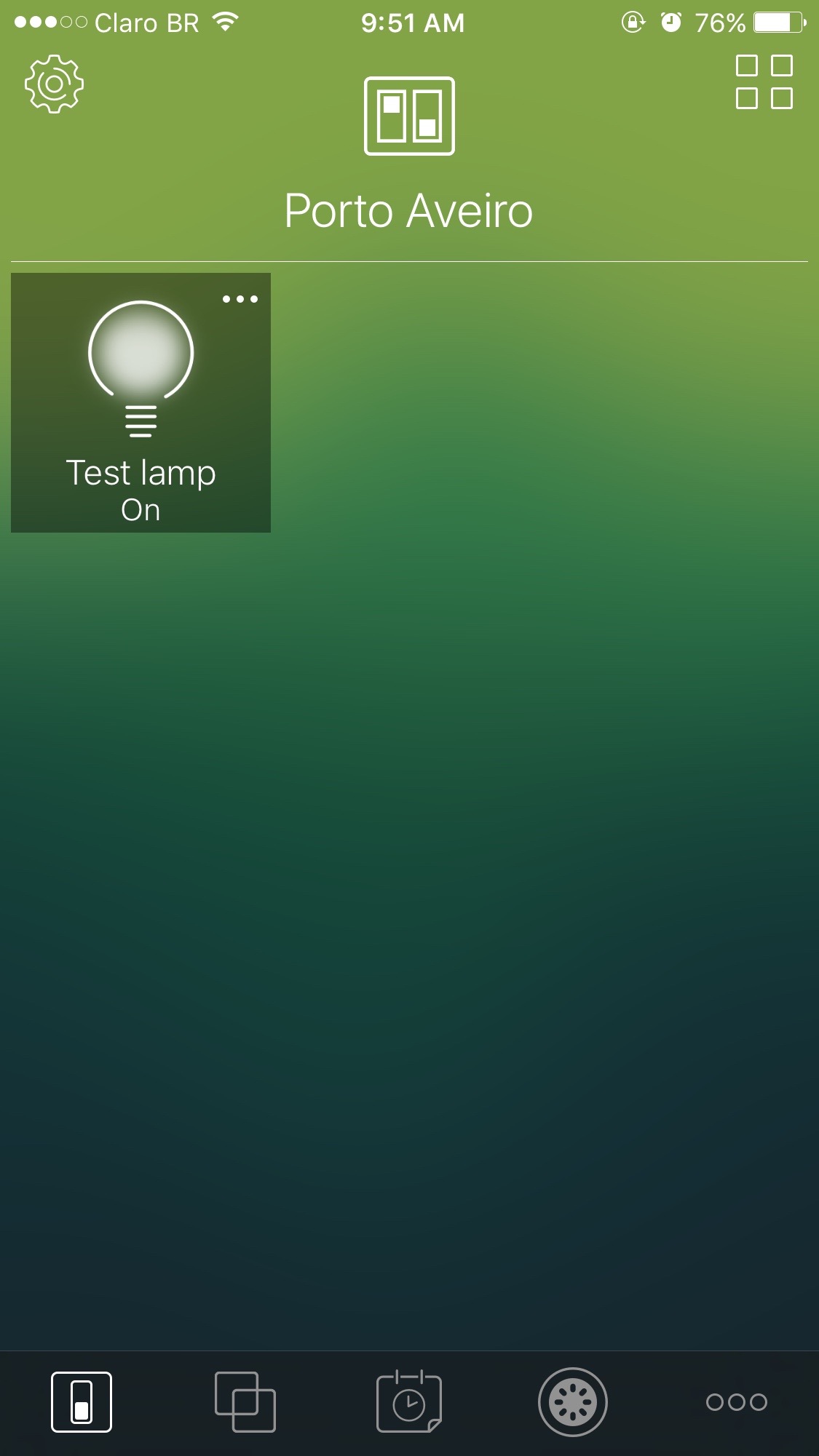